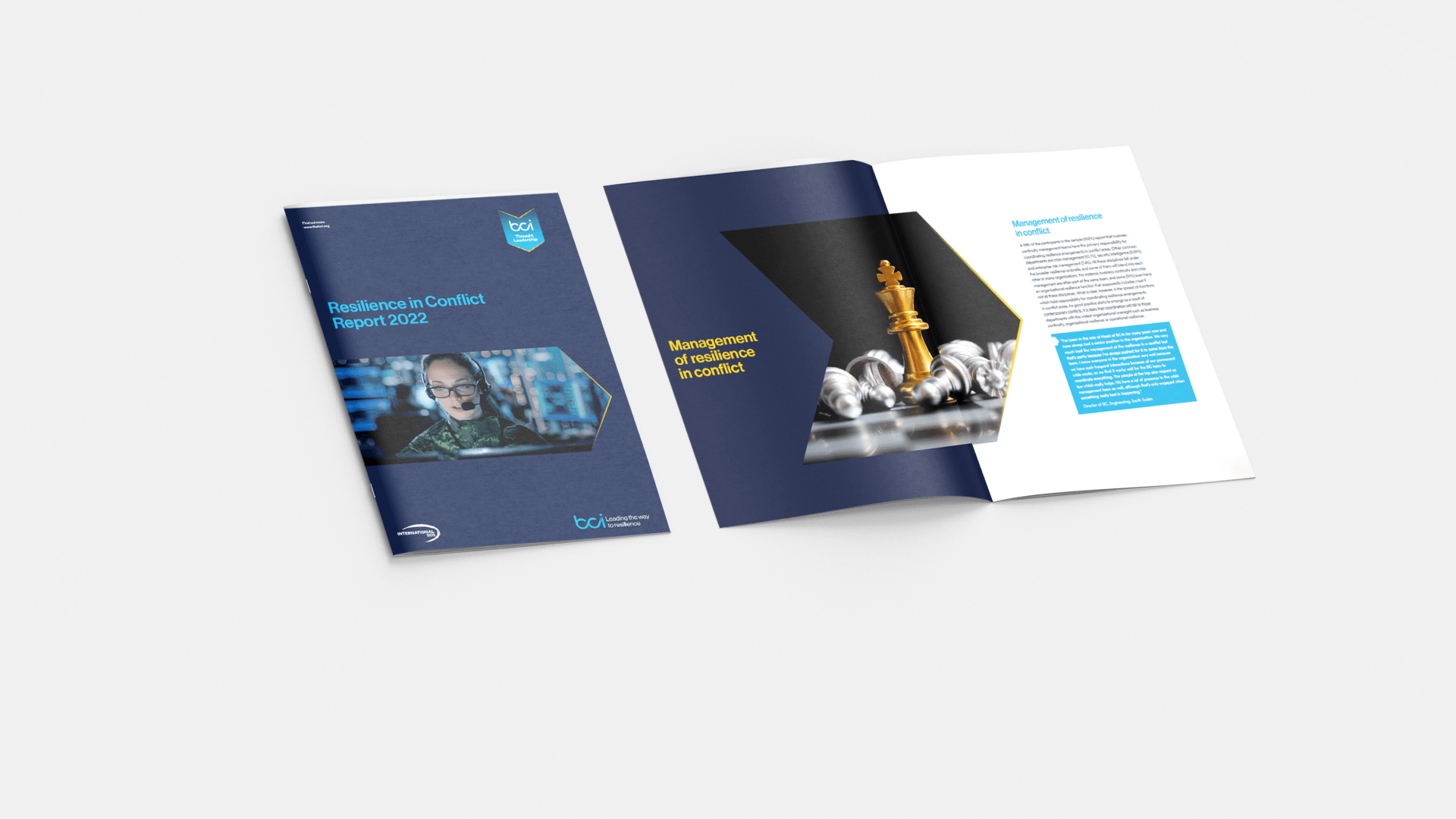 Throughout the year, we have witnessed an unprecedented number of complex security conflicts around the world. To better understand the impact on organisations and their resilience, we partnered with the Business Continuity Institute (BCI) to develop a new researched-based report entitled, Resilience in Conflict.

Throughout the year, we have witnessed an unprecedented number of complex security conflicts around the world. To better understand the impact on organisations and the related impact of crises on resilience, we partnered with the BCI to develop a new researched-based report entitled, Resilience in Conflict.

We know first-hand that the risks faced in complex environments and conflict zones are unique and may be challenging. As the nature of conflicts become more intricate, so do the mitigation measures in protecting a workforce and surrounding communities. This new piece of important research examines the intricate challenges of operating in conflict zones, how organisations manage resilience, and the role technology plays in this process. The goal is to equip stakeholders with the insights and evidence to operate safely and securely in those areas in the future.

Below are some of the key findings from the report:

Most organisations are impacted by conflict

Within the research it was found that a majority of organisations  are affected by the impact of conflicts. Secondary impacts such as food shortages, access to healthcare, and energy scarcity were felt by 74.8% of respondents, highlighting the severity of indirect consequences.

Other concerns highlighted by organisations include damage to critical infrastructure, as well as staff shortages caused by military call-ups, relocations for safety reasons and site shutdowns.

Modern conflict is increasing the complexities of response

The complexities of conflicts and its impacts are also being considered by some organisations, with almost half of participants reporting that they now have access to mental health and wellbeing services – a clear requirement during such a crisis. In addition, among the main protocols to protect staff during conflicts such as international evacuation and relocation from high-risk areas, just over half of participants are now also considering cyber and IT arrangements as part of the protocol to protect employees in armed conflict areas.

The relationship between business continuity management and crisis management teams within organisations was widely found to be effective, at a rating of 76.7%. It is, of course, critical that this relationship remains effective throughout an organisation’s response to a conflict in order to ensure the efficiency and agility required to make the right decisions during a crisis situation.

Technology plays a critical role in maintaining operational resilience in conflict zones. It can not only be a precious ally in understanding the location and status of employees, but also to communicate with them to confirm their safety. Respondents also indicated travel security (46.3%) and risk intelligence (44.4%) applications as useful tools as part of their operational response.

How International SOS can help

For over 37 years, we have been enabling organisations to operate in the most extreme and high-risk environments. To learn how we support your operational resilience and crisis management response, contact us to speak to our experts.