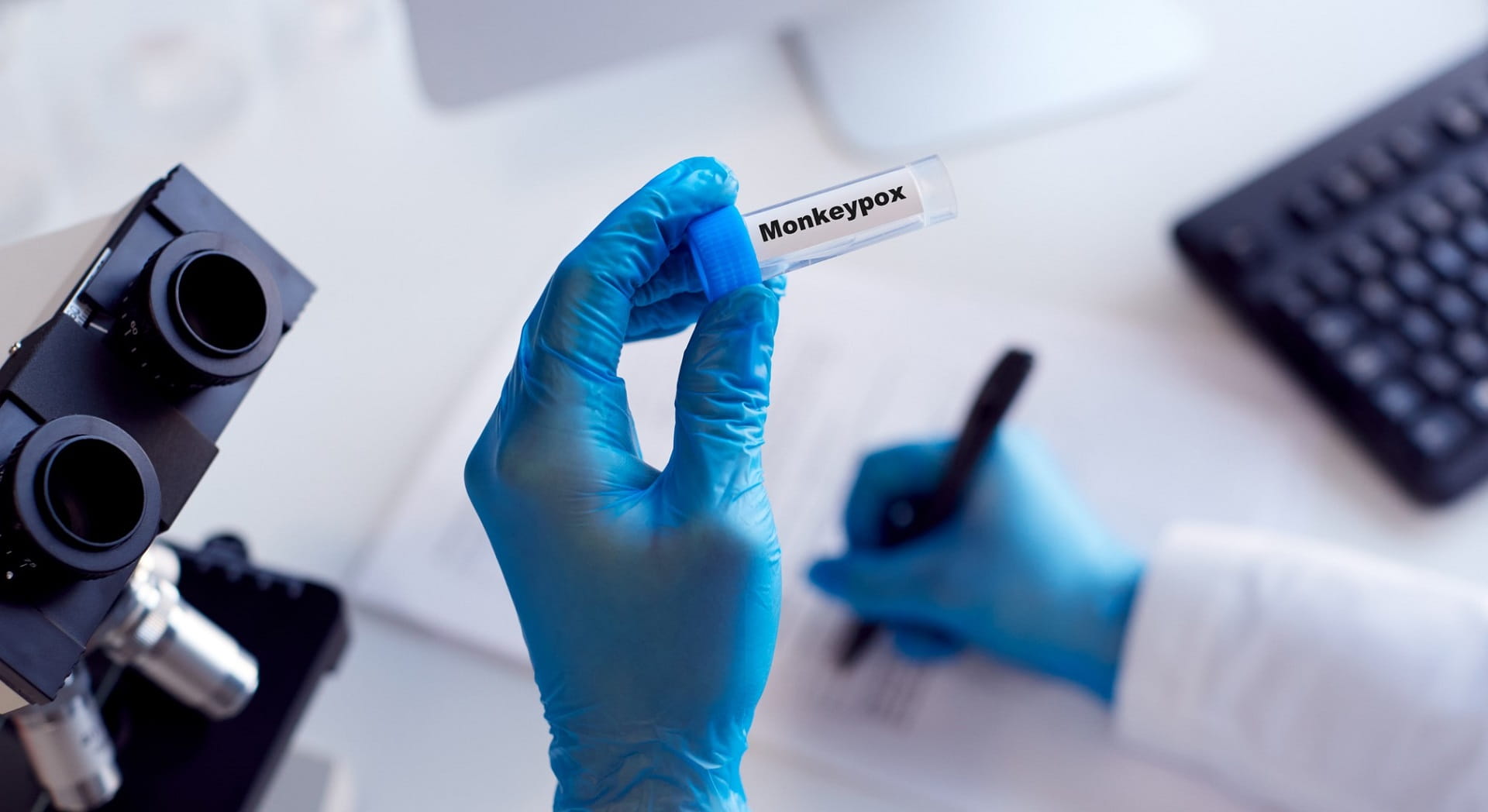 And Along Comes Monkeypox

As international travel, mass gatherings, and socializing are starting to return to a pre-pandemic pattern, along comes monkeypox to remind us we can’t be complacent.

As international travel, mass gatherings, and socializing are starting to return to a pre-pandemic pattern, along comes monkeypox to remind us we can’t be complacent.

Monkeypox isn’t a new disease. It was first discovered in monkeys over 50 years ago, with the first human case found in the Democratic Republic of the Congo in 1970.  The textbooks tell us that monkeypox is a rare disease, caused by a virus from the same family as smallpox, a virus which was eradicated in the 1970s through vaccination. Monkeypox virus remains consistently present in animals and their environment in several countries in Africa (“endemic”). Occasionally it “spills over” from animals into humans, and until now, human to human spread was uncommon.

Although the medical community understands quite a lot about monkeypox virus, this rapid multi-country spread has not been seen before. Most monkeypox cases occurred in people who had direct contact with infected animals. Human to human transmission was rare. The first report of cases outside the African continent was in 2003, in the United States. Animals imported from Ghana infected local pet prairie dogs, which then infected over 40 people who had contact with them. In several incidents in 2019 and 2021, travellers from Nigeria were diagnosed as having monkeypox after arriving in other countries including Singapore, the United Kingdom and the United States.

In early May this year, the UK reported another imported case from Nigeria. With healthcare providers on alert, a week later two more cases were found. However, these two cases had no links to Nigeria or to the previous case. Soon other cases were identified with no known links to endemic countries and health authorities in Europe and beyond were alerted to an unusual outbreak. There are now cases reported in at least 20 countries outside Africa. It appears many of the cases are in people who had prolonged close and intimate contact associated with mass gatherings in early May in Europe.

Symptoms of monkeypox start like so many other really common illnesses – headache, sudden high fever, muscle aches, back pain, swollen lymph glands, weakness and tiredness. Read on before you think you might have monkeypox. There is a characteristic rash. The rash starts flat, changes to being bumpy and then into blisters, with the fluid in the blisters changing from clear to white pus. Prior to this outbreak, the rash was mostly on the face, arms and legs. In this outbreak it is being seen around the genital and anal region. The rash can be confused with other illnesses such as chickenpox, or herpes. The history of potential exposure will be the differentiator in how likely it is that the “clinical picture” is caused by monkeypox.

Monkeypox is transmitted from one person to another, through significant close contact, direct contact with the rash or body fluids and through contaminated objects such as bed linen and clothing. It does NOT spread through brief contact. Unlike COVID-19, people will probably know where the exposure happened. The people who are most at risk of infection are those who are in close skin-to-skin contact, household contacts and sexual partners, and healthcare workers if they aren’t using personal protective equipment. There are still some unknown factors, and so expect the guidance from infection control experts to evolve.  Until more is known, healthcare providers are being cautious – if they suspect monkeypox, they will use full personal protective equipment (gown, gloves, eye protection, respirator, shoe and head covers). If admission to hospital is necessary, patients will be kept in isolation rooms. Contact tracing is imperative to stop further transmission. A vaccine and antivirals that were developed against smallpox are effective against monkeypox. They are available in some places and there are protocols on how they are to be used.

The good news is this outbreak can be contained and extinguished. Primed with lessons learned from COVID-19, authorities are responding quickly - collaborating, sharing information and guidance. Vaccines and other countermeasures are being deployed. Measures organisations used to reduce the risk of COVID-19 transmission are still relevant. Firstly stay informed, raise awareness – this is an evolving situation. There will be misinformation and conspiracy theories out there! Seek advice early. Hygiene measures, appropriate isolation, contact tracing and quarantine are all still useful. Travel restrictions are not.

Unusual health hazards seem to be popping up with increasing speed. While we may have our attention focused on monkeypox at the moment, we can’t let down our guard down against whatever else the 21st Century has in store for us.