In the Wake of Cyclone Idai

Security Manager, Holly Mcgurk, recently came back from Beira, Mozambique following the destruction caused by Cyclone Idai. Here, she shares how we helped our clients and their people.

Cyclone Idai made landfall in Beira, Mozambique on 15 March, and swept through to Malawi and Zimbabwe. It left behind a trail of destruction, and, at the time of writing, has reportedly killed more than 700 people, and displaced more than 146, 000 from their homes.  Strong winds and widespread flooding caused destruction across towns and damage to vast swathes of agricultural land. Access routes into the major port city of Beira were restricted due to damage to the port. Many affected areas were also cut off from power due to damage to the electricity grid.

Our members with operations or staff in central Mozambique reached out to us for help. We immediately activated our provider network, tasked them with our priority information requirements on the local security and logistical situation, and provided supplies and secure transport for those members in need.

I was part of the Incident Management Team (IMT). We deployed it to conduct a risk assessment of the operating environment in the worst affected part of the country. I had worked for more than two years in the Regional Security Centre covering Southern Africa. Therefore, I was well placed to do this. I travelled to Mozambique on 23 March and teamed up with  our nurse based in our Maputo office, who brought his medical expertise. Originally from Beira, Sousa knows the city and surrounding areas well, and speaks the vernacular language as well as fluent Portuguese. 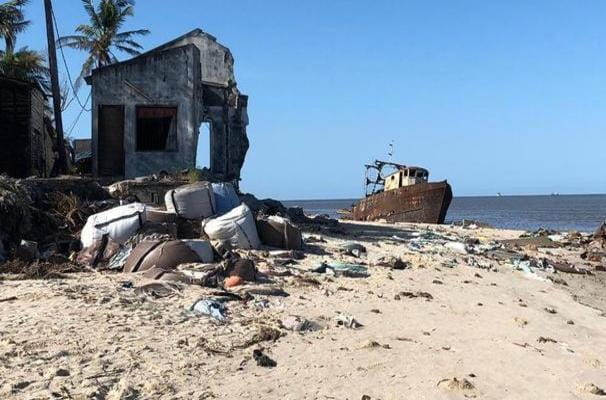 As soon as we arrived in Beira, Sousa and I, primed with the information collection requirements from the 24/7 teams in Dubai and Johannesburg, spent some time assessing the situation in the city. We looked at how widespread the power cuts were, what the overall security situation was like, the status of main roads in Beira and of the roads heading in and out of the city, and the availability of food, water, fuel and secure accommodation.

We then met with several representatives from the government’s relief agency, the National Disaster Management Institute (INGC) to get a picture of the government’s provision of shelter, water, sanitation and hygiene. While no cases of cholera had been identified at that stage, this was our medical team’s overriding concern. With this in mind, we assessed the ablution facilities in the temporary accommodation centres, and spoke with staff at Beira Hospital and Clinic Avicena. We flagged that cholera and malaria would pose the most serious medical threat in the wake of the disaster.

Meanwhile, I was assessing factors that could lead to deterioration of the security environment. This included following up on reports of looting or associated violence and assessing atmospherics in the city and at IDP centres. I spoke to a number of organisations delivering emergency response to get their take on the latest situation and to hear any concerns they had. All this information was fed back to our team of analysts in the Regional Security Centre (RSC), who used it to inform our assessments and client advice for Mozambique.

The RSC continues to monitor developments 24/7, while staff at our clinic in Mozambique continue to assist clients in-country.

For up-to-date news about International SOS, as well as engaging real-life stories about how we leverage our knowledge and expertise to help our clients, subscribe to our magazine.